Have you ever thought about what our world would be like if Adam and Eve had not sinned in the garden of Eden? Sometimes, I even wonder what life would have been like before sin entered into the world.

The Bible says that God made the world perfect (He said it was good) and placed Adam and Eve in the perfect world to work it and take care of it.

Everything was provided for them, they had no worries, no stress and could live forever. They lived in a world of perfect peace and harmony. They were naked, yet felt no shame. Their hearts and minds were pure, and they had all the blessings of God.

It must have been an awesome world I guess, full of laughter, joy, happiness, peace, and fulfillment. These are my thoughts, as the Bible doesn’t mention anything about the life of Adam and Eve before they sinned. I also do believe that if Adam and Eve had not sinned, today’s world would have been so much different, compared to what it is now.

There would be no wars, no famine, no pollution. There would be no stress, sickness, disease or distress. The world would be exactly how God intended it to be if Adam and Eve had not sinned. We could have eaten from the tree of life and lived forever. Every nation, people’s would live in peace and harmony.

Back to reality – Adam and Eve did sin (we sinned). They disobeyed God, by eating the forbidden fruit, after being tempted by the devil. They were made in the image of God and had all His blessings. They already knew good, but now they felt the experience of the evil of disobedience and the guilt and shame that came with it. 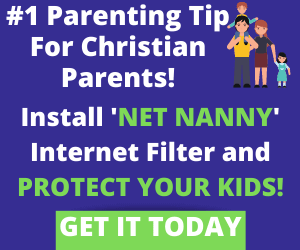 Moral of the story – Disobeying God and deciding ourselves what is right and wrong is a recipe for disaster.

Original sin – “God created man in his image and established him in his friendship. A spiritual creature, man can live this friendship only in free submission to God. The prohibition against eating “of the tree of the knowledge of good and evil” spells this out: “for in the day that you eat of it, you shall die.”

The “tree of the knowledge of good and evil” symbolically evokes the insurmountable limits that man, being a creature, must freely recognize and respect with trust. Man is dependent on his Creator and subject to the laws of creation and to the moral norms that govern the use of freedom.

Man, tempted by the devil, let his trust in his Creator die in his heart and, abusing his freedom, disobeyed God’s command. This is what man’s first sin consisted of. All subsequent sin would be disobedience toward God and lack of trust in his goodness.” This excerpt is taken from the Catechism of the Catholic church.

We re-enact the fall of Adam and Eve every time we disobey God and take matters into our own hands. We eat of the tree of pride, lust, anger, fornication, adultery, drunkenness, etc, instead of obeying God and living in love and peace. We all know the consequences of sin. We have to live it daily. Sin has twisted our world and has brought death. We were even thrown out from the garden of Eden (separated from God).

Through Adam, sin and death entered the world, but through Jesus Christ came grace, forgiveness, and life everlasting. The Bible says that those who accept Jesus as Lord and saviour will live forever in the new Jerusalem (Garden of Eden).

There will be no more crying. God will wipe away all our tears. He will live with us and we will be happy, joyful and fulfilled, just as Adam and Eve were before they sinned.